Nick Brandt (*1966 in England) has photographed exclusively in Africa since 2001. Brandt’s work has been widely exhibited at major museums internationally. He ranks among the most important photographic artists in the world.

Since 2001, Nick Brandt has been documenting the vanishing natural world and animals of East Africa through his haunting, majestic portraits. Three years after the somber conclusion of his African trilogy, »On This Earth, A Shadow Falls, Across the Ravaged Land«, Nick Brandt returned to East Africa to photograph the escalating devastation to the continent’s natural world. This new part of his body of work is featured in the groundbreaking series »Inherit the Dust« and »This Empty World«.

Born and raised in England, he lives in the mountains of Southern California.

CAMERA WORK gallery is an exclusive gallery of Nick Brandt’s work and hosted his first international exhibition in 2005.

»Nick’s exquisite photographs arouse deep emotions. They inspire a sense of awe at the beauty of creation and the sacredness of life. It’s almost impossible to look through his work without sensing the personalities of the beings whom he has photographed.«
— Jane Goodall (Primatologist and Conservationist)

»African wildlife has never looked so regal and mysterious as in Brandt’s grave photographs. His elephants appear as weighty as the pyramids. His rhinos look more ancient than carbon. His apes know something we don’t. Powerful reminders that Africa is a magnificent — and endangered — treasure house of animal life.«
— Time Magazine

CAMERA WORK: Most important, how are you doing and what’s your everyday life like?
Nick Brandt: I am very fortunate. I live up an isolated mountain in southern California with a lot of land that backs onto a state park. So my dogs and I are able to go running and never meet another soul. My work, however, is going to be potentially badly compromised. My next project, due to shoot September-December this year, is about climate change in California. There is a massive amount of pre-production to do, and between the delay in funding, and all the critical aspects of pre-production that we cannot begin, I have no idea if we will be able to shoot this year. If we can’t, I then lose an entire year, which would then mean being delayed until September 2021.

CAMERA WORK: You are running a foundation in Africa to preserve the wildlife. How does the corona crisis affect the work of Big Life Foundation?
Nick Brandt: It’s a major problem on two fundamental levels. No-one is going to be flying to Africa for a safari holiday any time soon. This is annihilating the tourism industry, which will, in turn, lead to countless local job losses. Which in turn will lead to a vast increase in the killing of wildlife. With no source of income, some will likely feel forced to go out and poach all kinds of animals in order to eat. And some may try and poach to make money. So the current situation is terrible for the local communities and for the animals. Even if this is over in six months, tourism will take much longer to recover. This is going to present staggering new challenges to conservation organizations like Big Life. Many around the world are currently fearful about what will happen in their own lives and countries. Philanthropic giving is unsurprisingly going to be badly impacted. Meanwhile, Big Life Foundation is going to be badly in need of donations in order to keep operations going and increase vigilance over the 1.6 million acres that the rangers patrol and the animals that inhabit it.

CAMERA WORK: Will there be an impact of the current time on your art?
Nick Brandt: As mentioned, my next project is about climate change. But the source of the corona virus is something I am sure I will address in some form within the work. As you probably all know, the coronavirus appears to have originated at a live-animal market, the latest disastrous consequence of humans consuming wild animals. China announced a temporary ban on these horrendous wildlife markets, but very disturbingly, there is evidence of markets already re-opening. Coronavirus was/is supposed to be a wake-up call, not a reason to hit the snooze button yet again. Not just for China, but for everywhere in the world as humanity’s abominable treatment of animals for food, and destruction of biodiversity – invading undisturbed natural wildernesses through logging, hunting, mining, roads, population expansion – creates the conditions for new viruses and diseases. Wake up, humans!

CAMERA WORK: This year marks he 15thanniversary of your representation by CAMERA WORK gallery. In these years your world-famous series were released. What works are of major importance for you?
Nick Brandt: Not intentionally, but they do all seem to be images that have elephants in them in one form or another: »Elephant Drinking«, »Ranger with Tusks of Killed Elephant«, »Wasteland with Elephant« and »Underpass with Elephants« as well as »Bus Station with Elephant in Dust« and »Bridge Construction with Elephant and Workers at Night«.

CAMERA WORK: 15 years ago, your iconic »Elephant with Exploding Dust« was presented for the very first time at CAMERA WORK gallery. In terms of your artistic approach, what has changed since then?
Nick Brandt: At the beginning, 2001 through 2010, I took portraits of wild animals as a kind of elegy to a fast disappearing natural world, and in a form not dissimilar to how one might photograph humans. From 2011, I felt that I had covered all I could with that type of work and was in danger of repeating myself. I was also growing frustrated by the emergence of multiple photographic copycats. And I wanted to start taking photographs over which I had more control, and most importantly, address the rapid escalating destruction of the natural world more directly. This led to the »Ranger with Tusks« series, and the »Petrified Creatures« series, and closed out my trilogy of work, »On This Earth, A Shadow Falls Across the Ravaged Land.« The next body of work, »Inherit the Dust«, took the staging of elements in front of camera, and dealing with rapid escalating destruction, further. At the same time, I was still using elements of my old work in the form of the life size unreleased portraits set within the landscapes where animals such as these used to roam, but due to human development, no longer do. I much preferred working in this way, creating imagery over which I had more control. I found it liberating. The dramatically big change, for me, took place with »This Empty World«. This was my first body of work shooting digital, with lighting, in color, and with a much more prominent use of people. I found all of this both scary and exciting, as I never imagined before this project that one day I would move away from black and white film shooting in natural light.

CAMERA WORK: Where do you see an influence of your art on people’s behavior?
Nick Brandt: I have no idea. Do I wish I could change the world with the work?! Of course. But I just attempt to create in ways that move and inspire me, and hope that along the way, it will have some kind of impact for others. What that impact is, I really don’t know.

Get the exposé of Nick Brandt today and discover main works such as »Portrait of Elephant with Dust«, »Elephant Drinking«, »Lion Before Storm II« and »Cheetah and Cubs«! Die work list features all photographs by Nick Brandt.

Our team is there for you for any inquiries and questions. 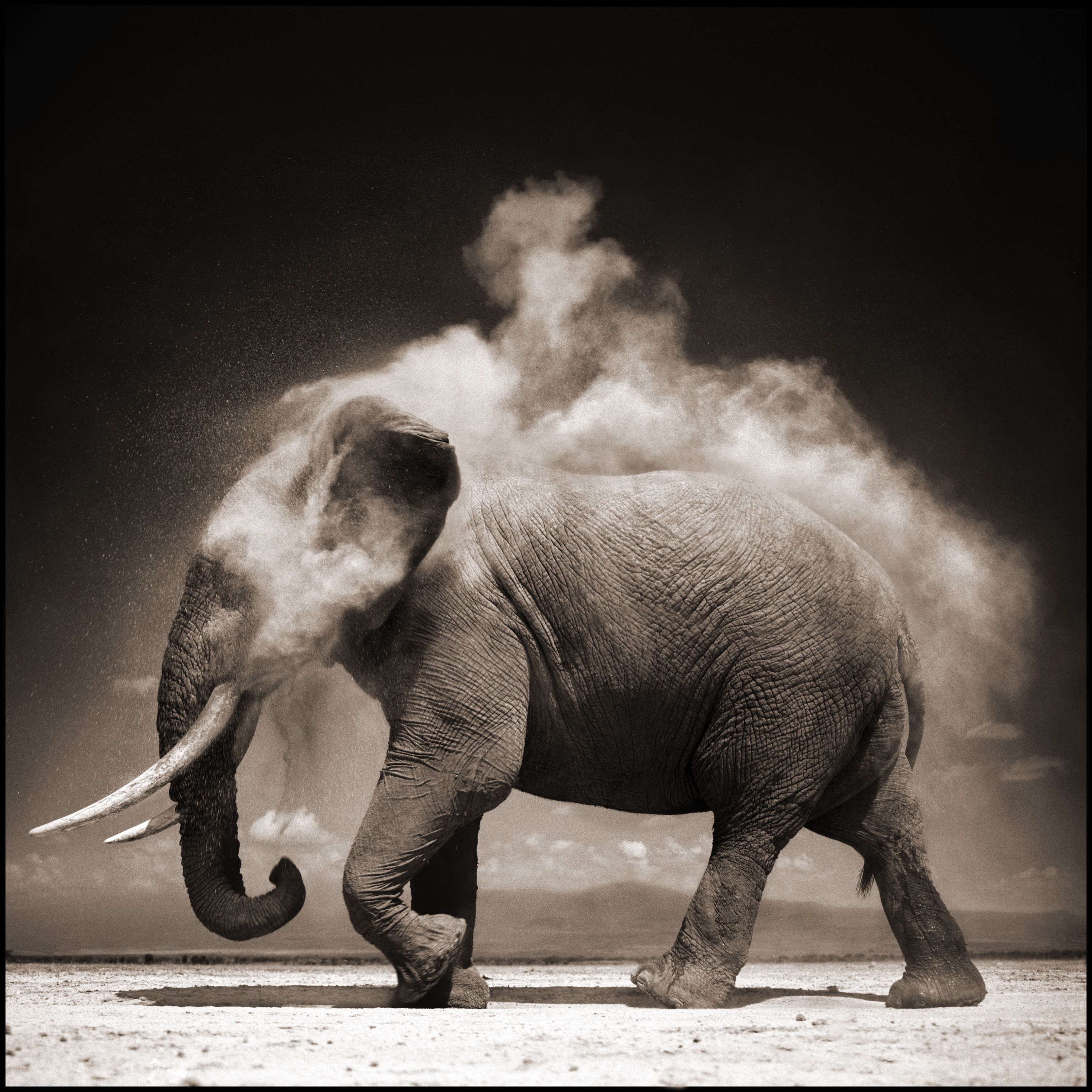 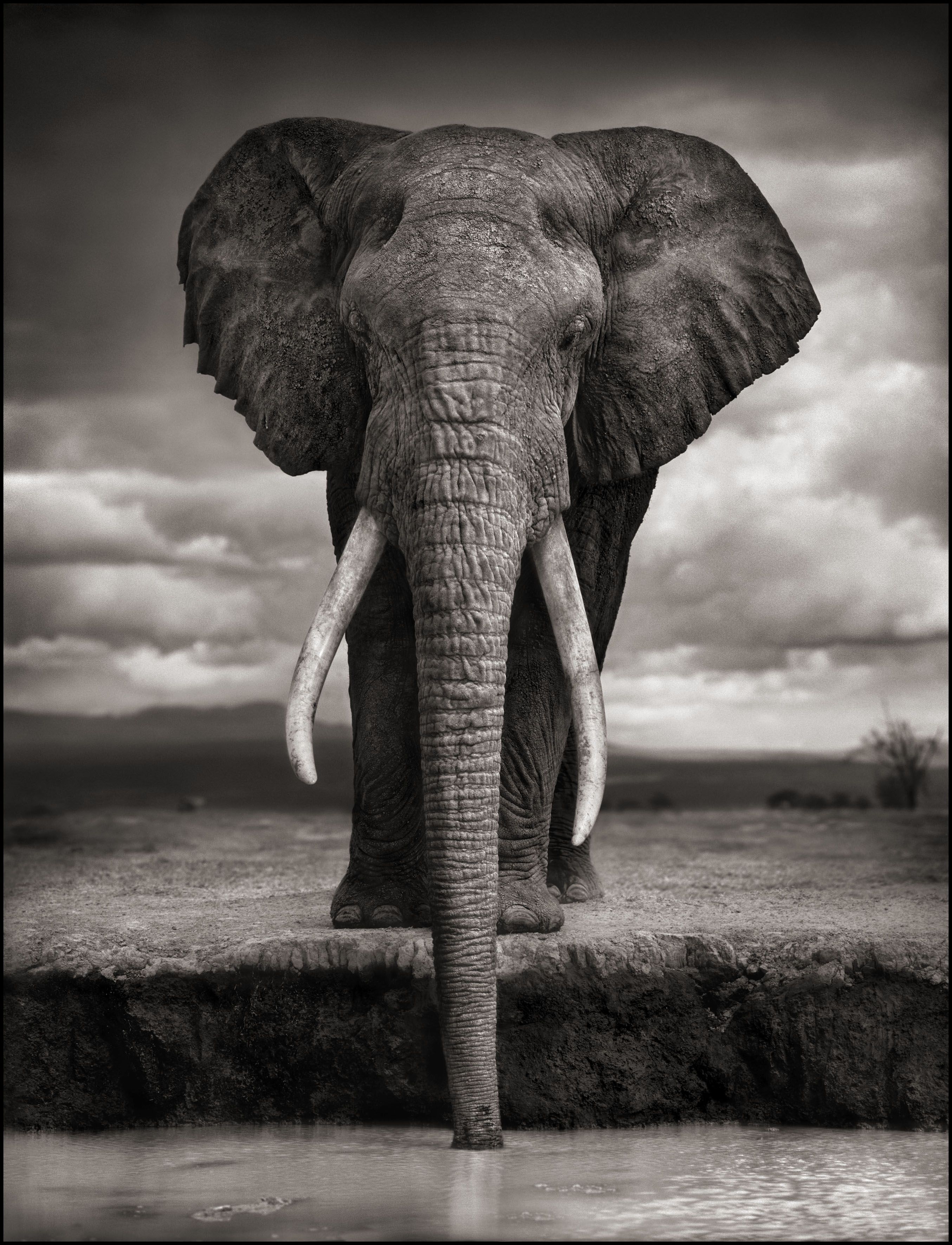 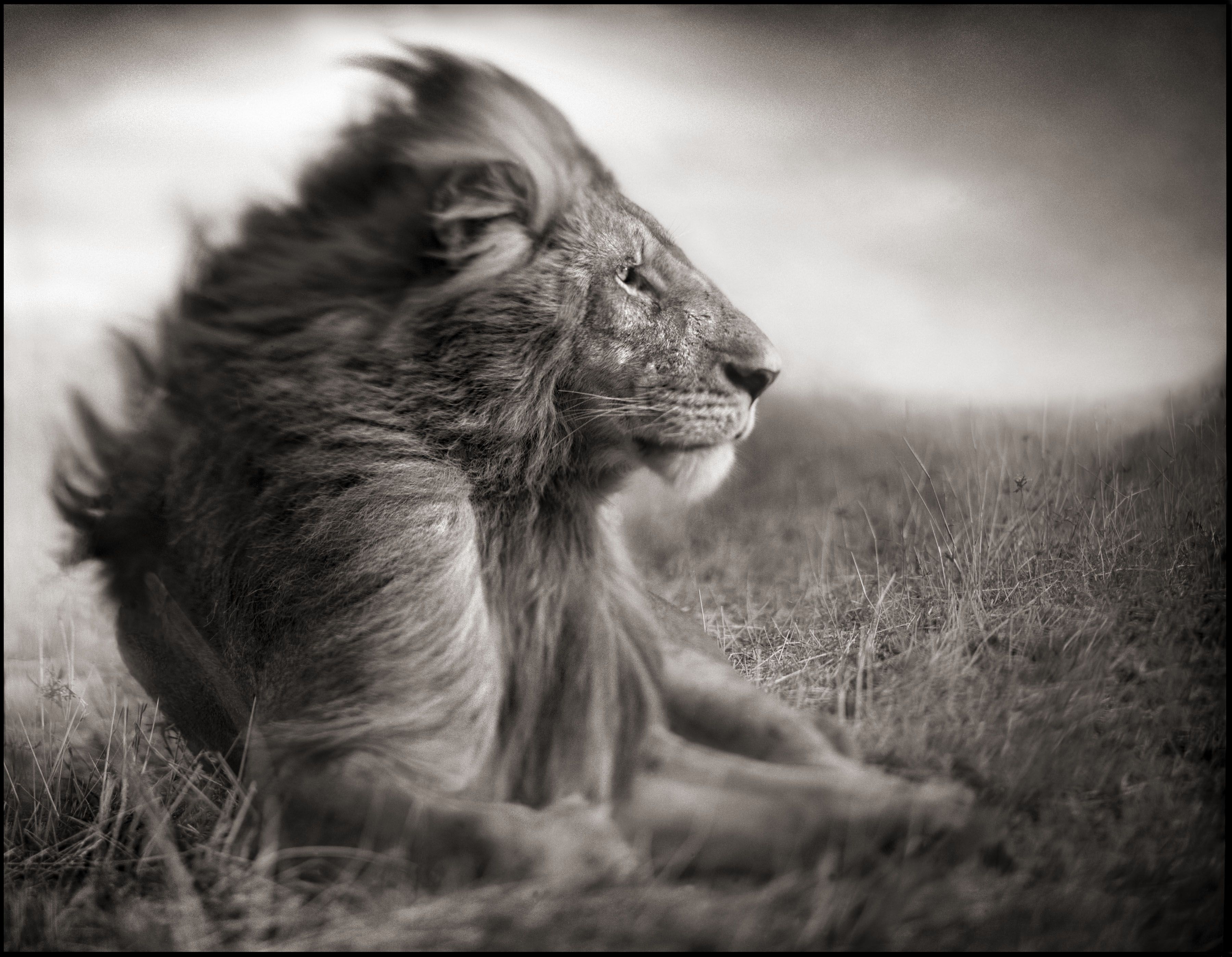 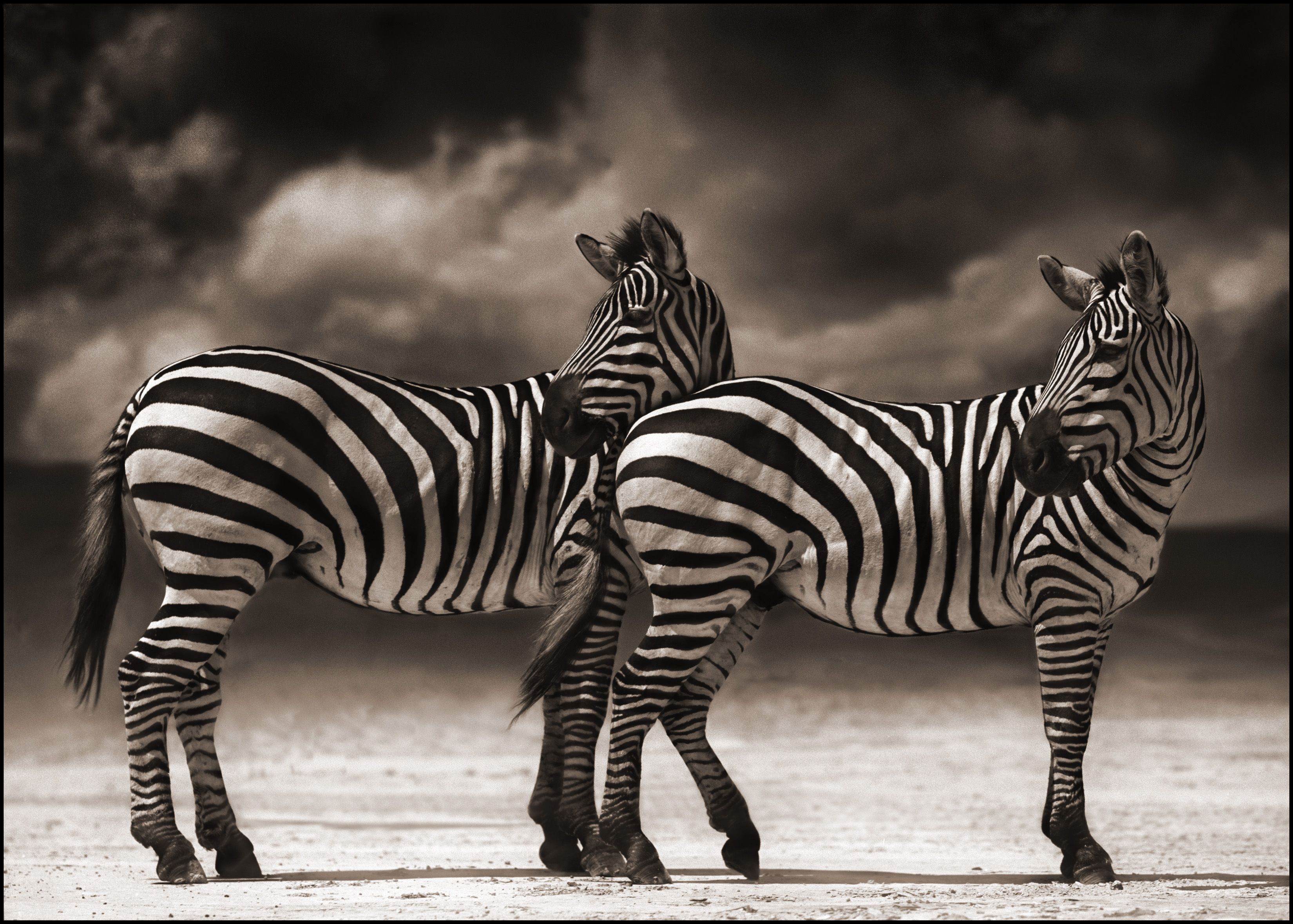 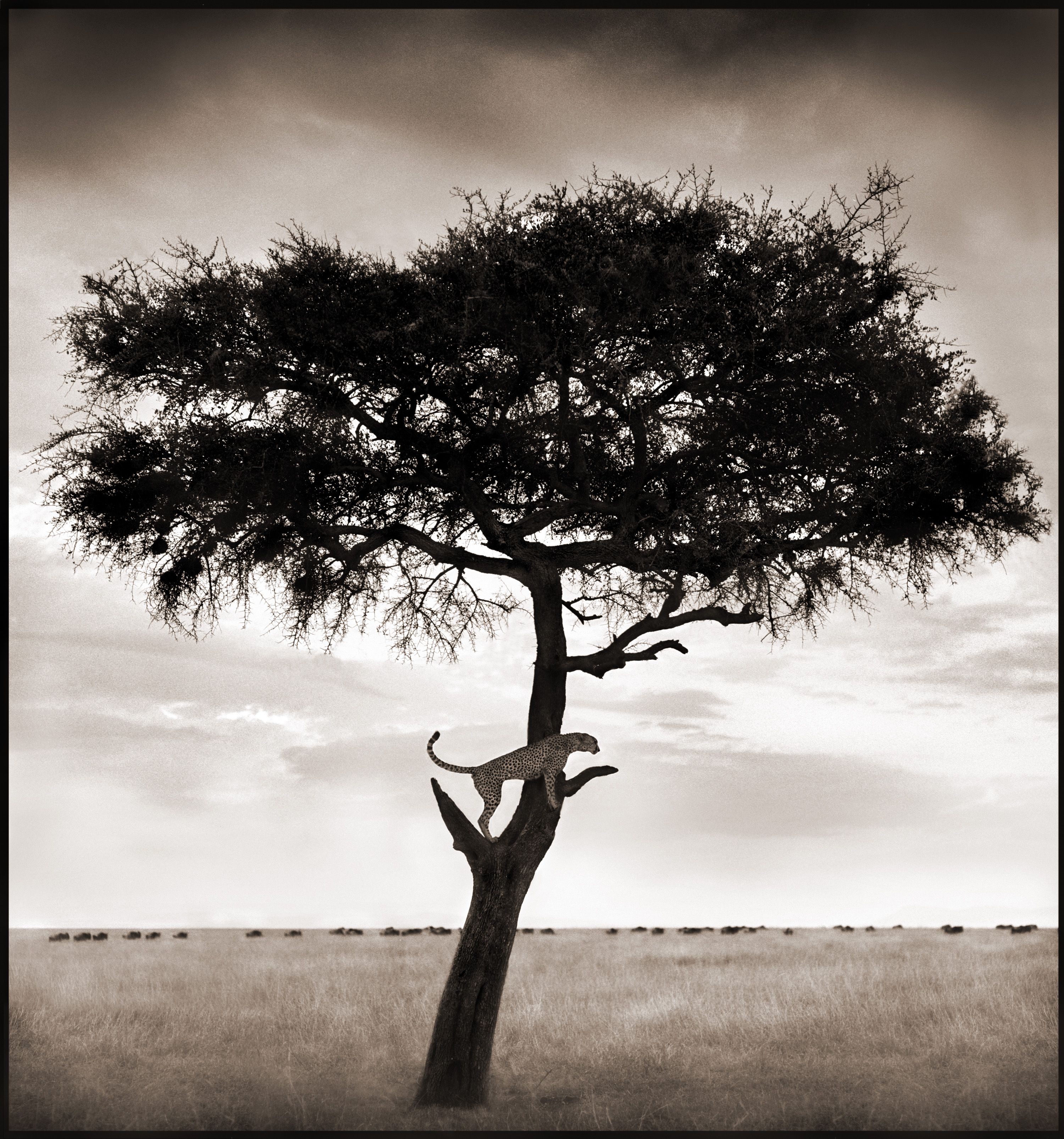 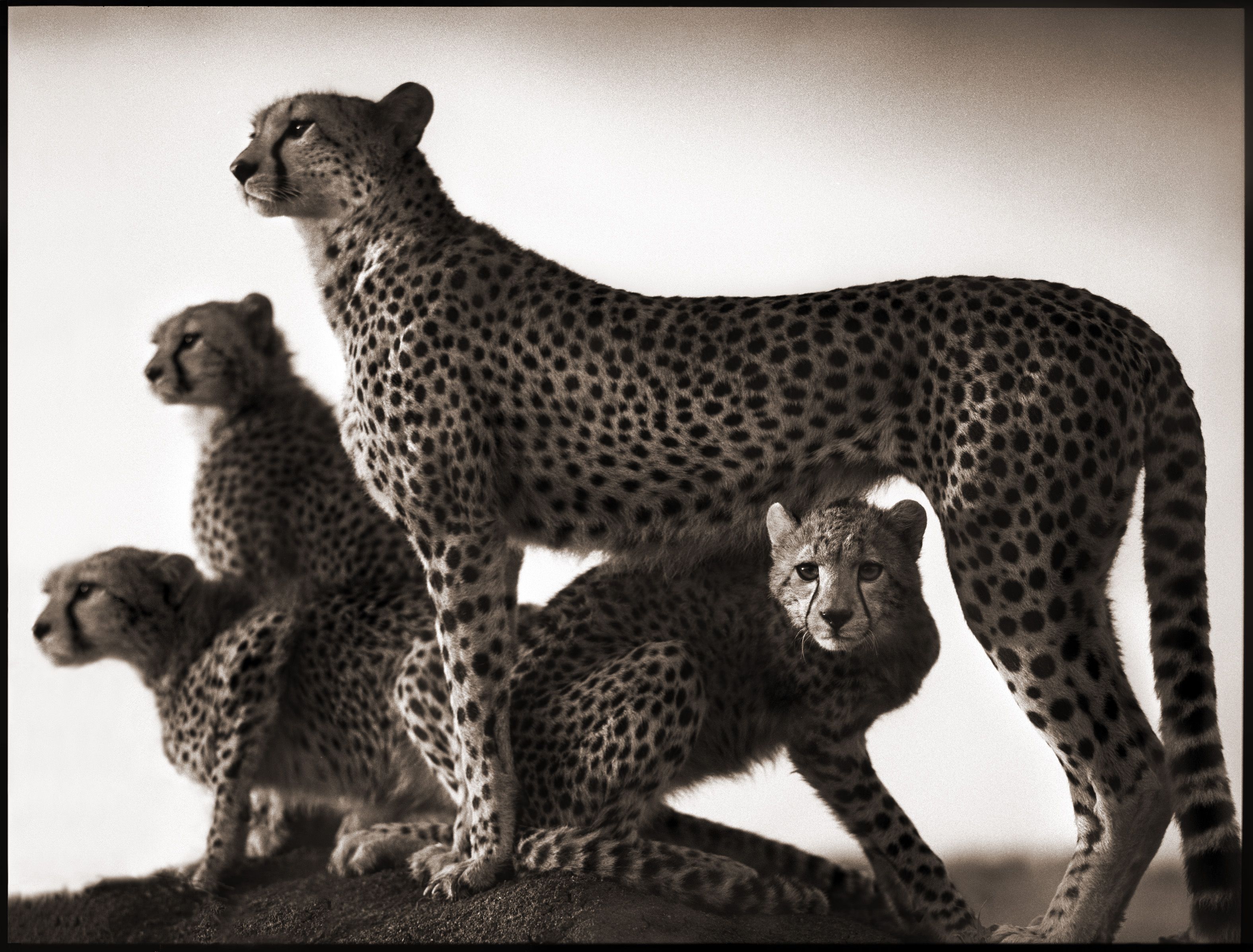 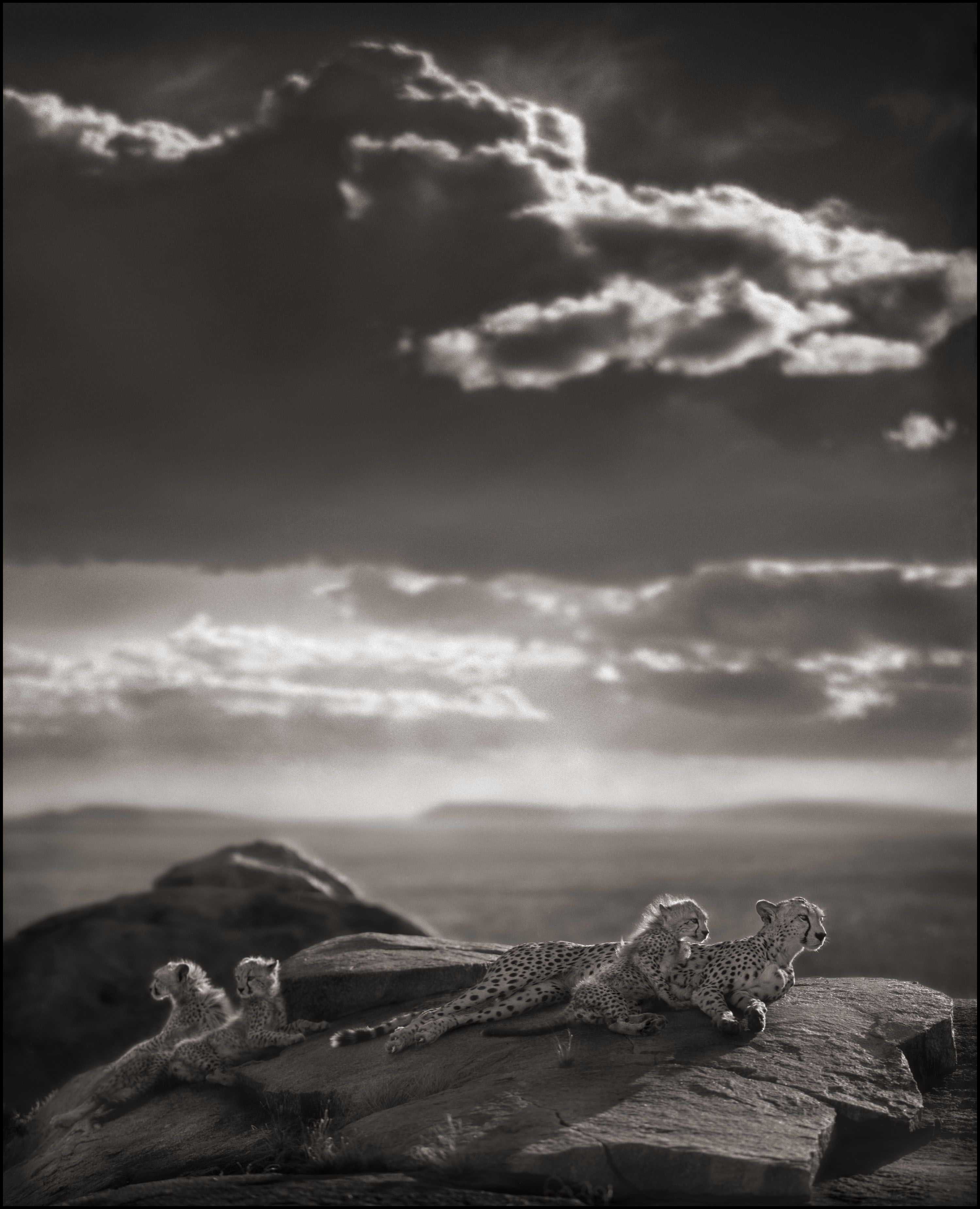 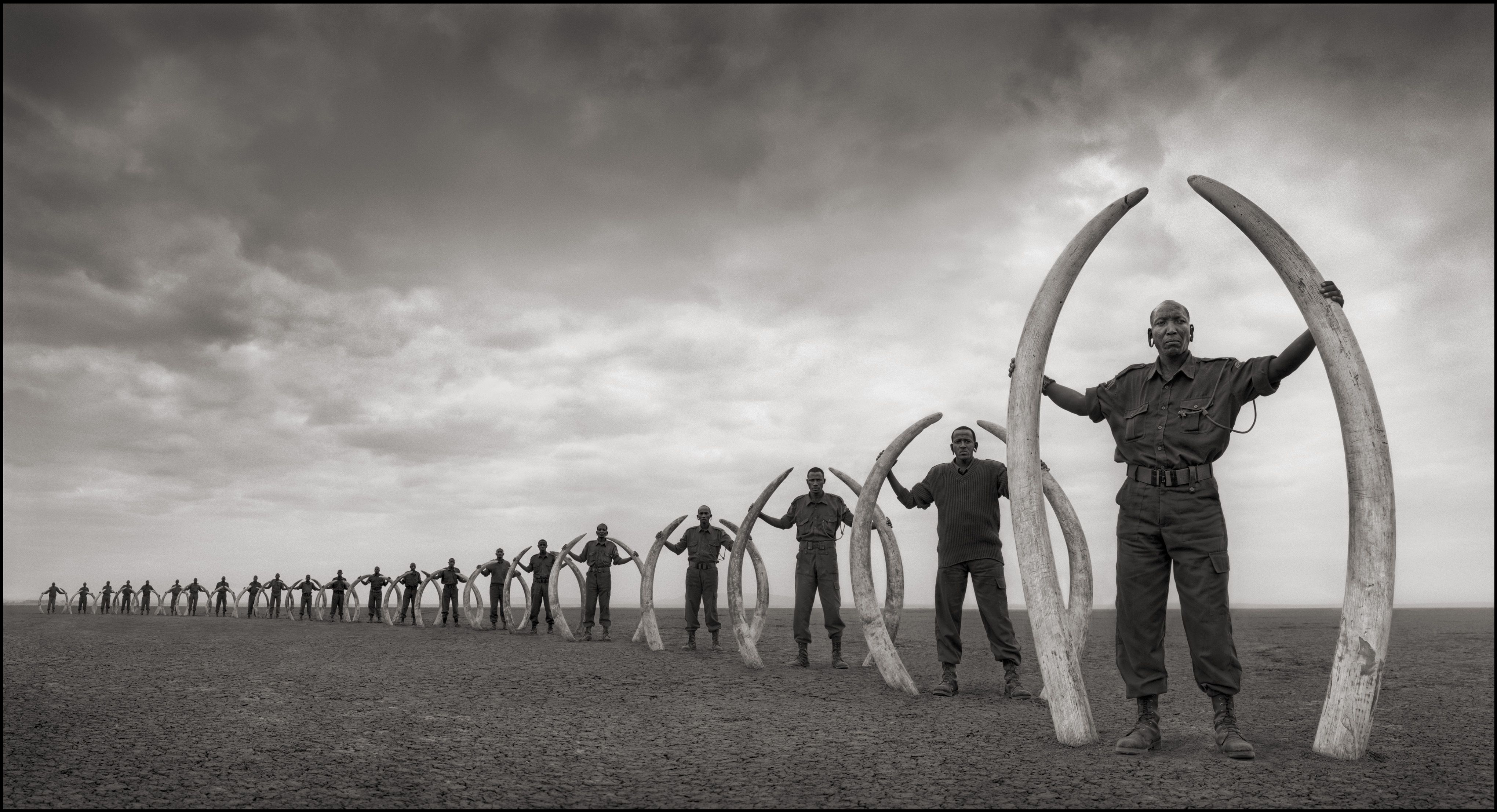 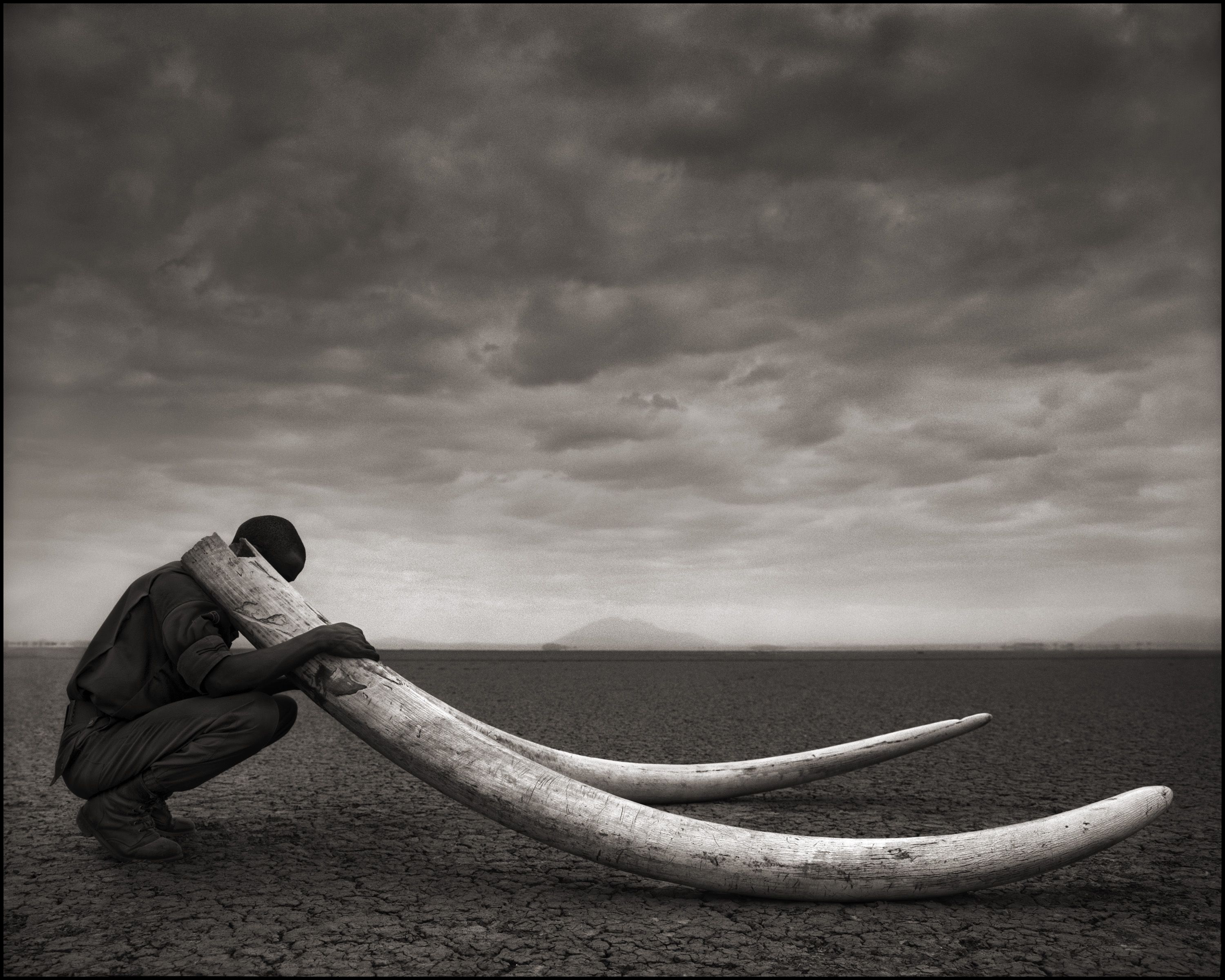 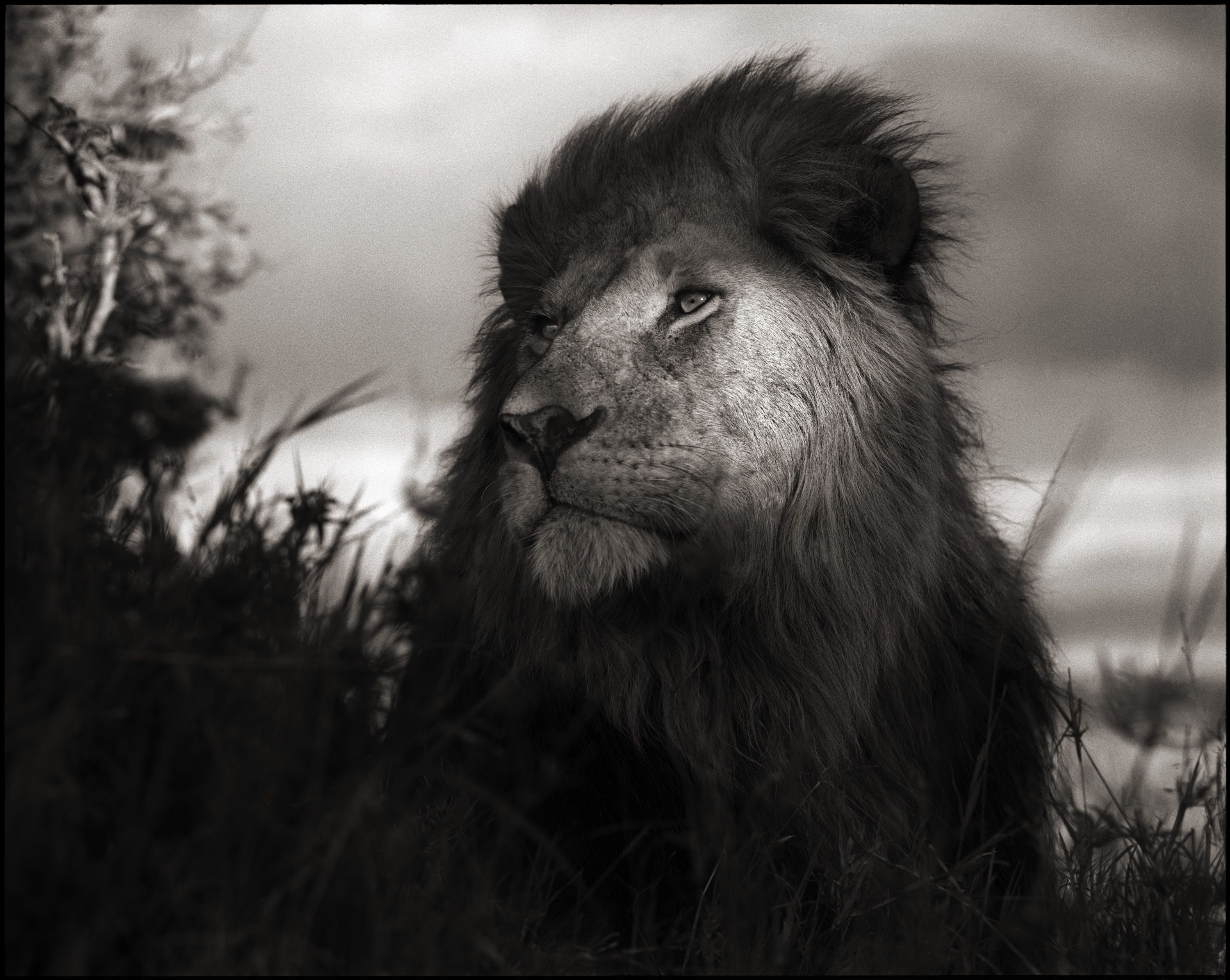 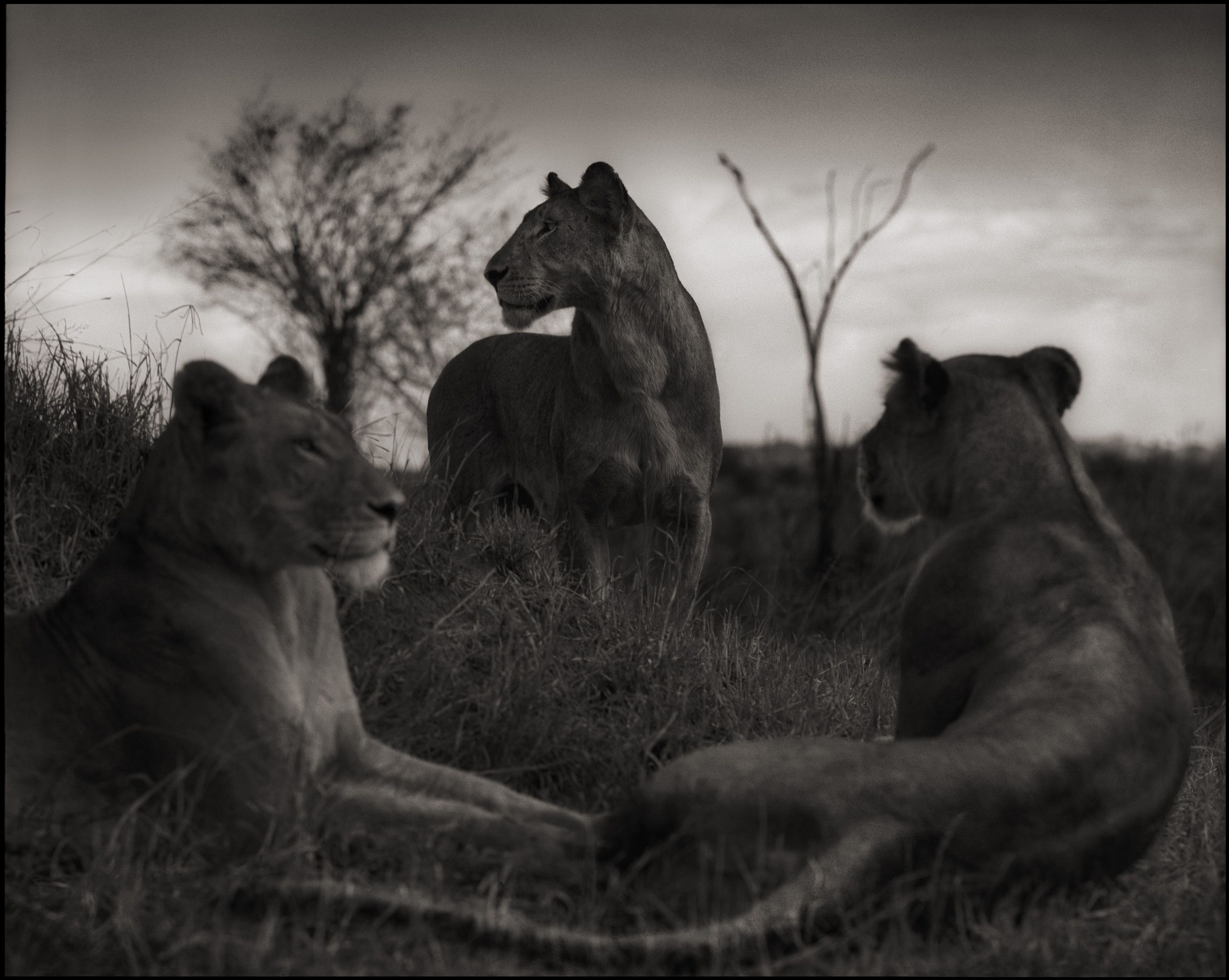 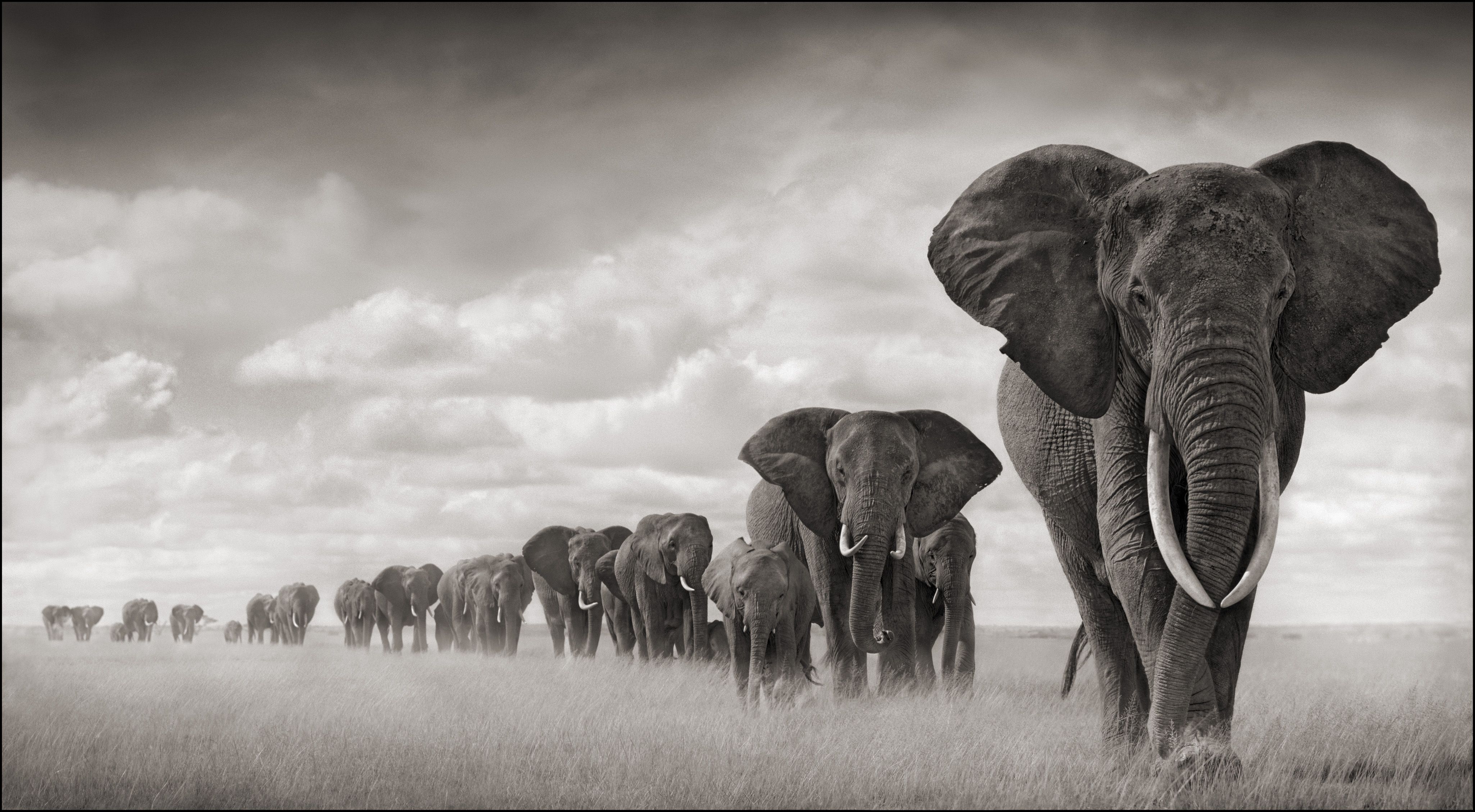 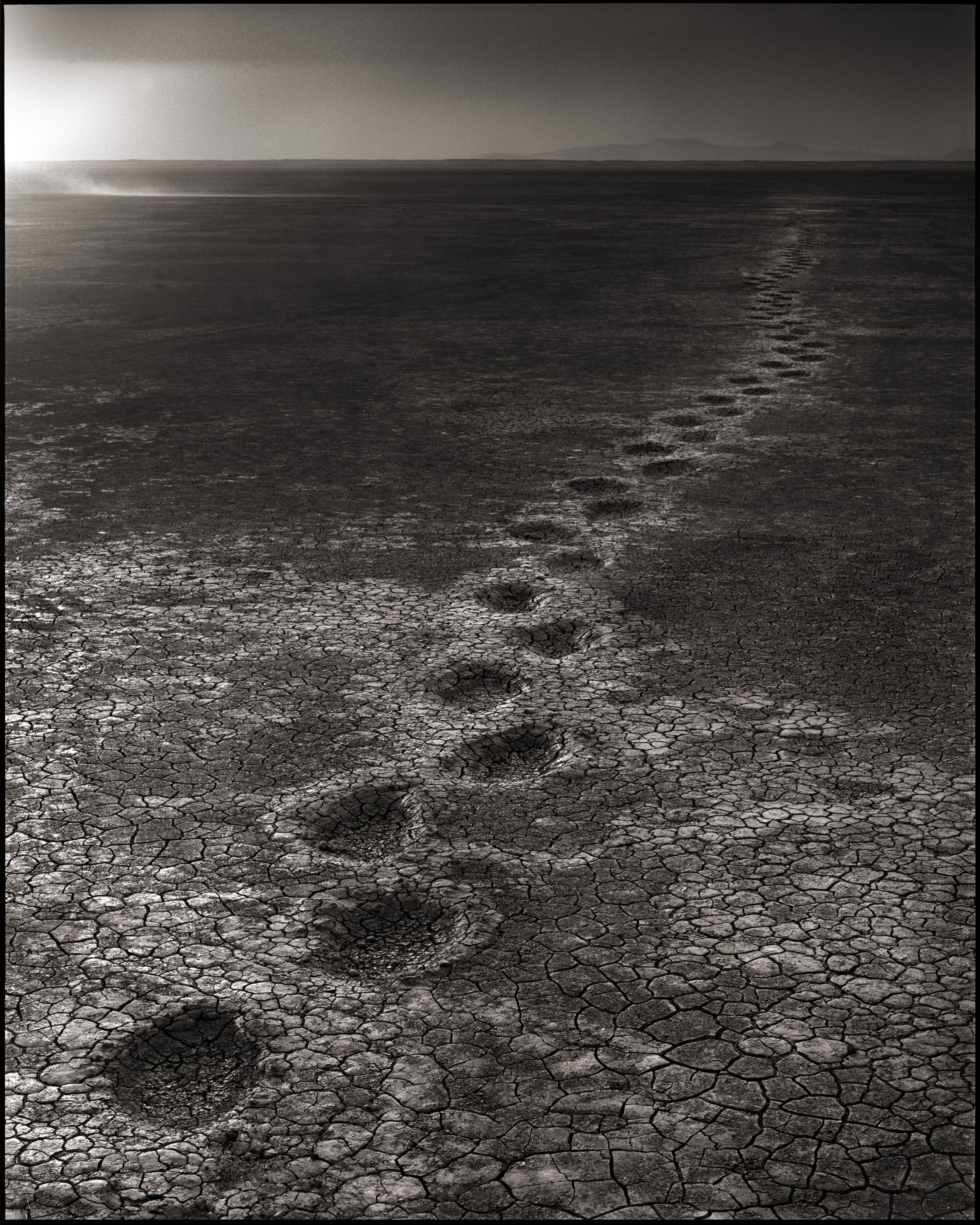 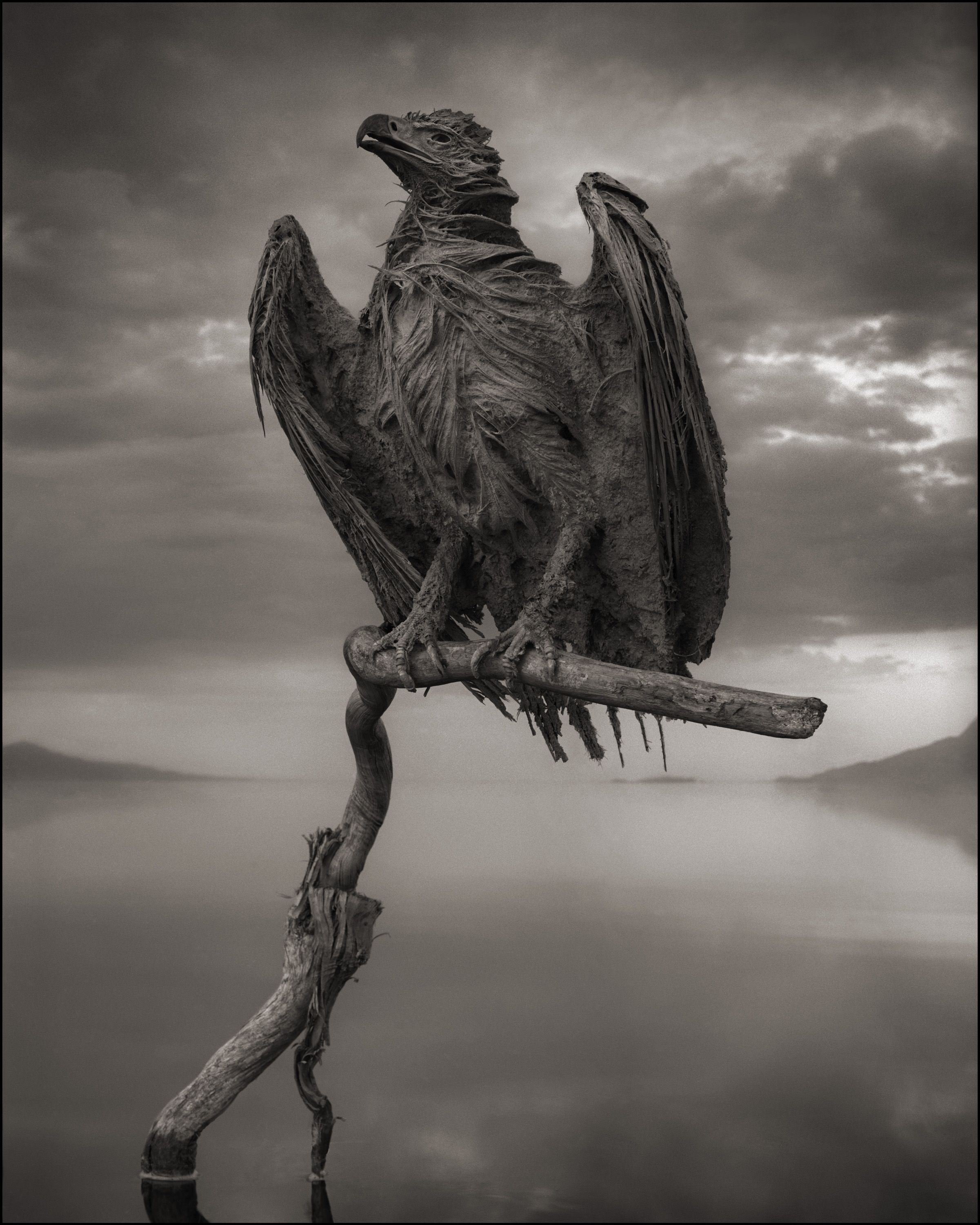 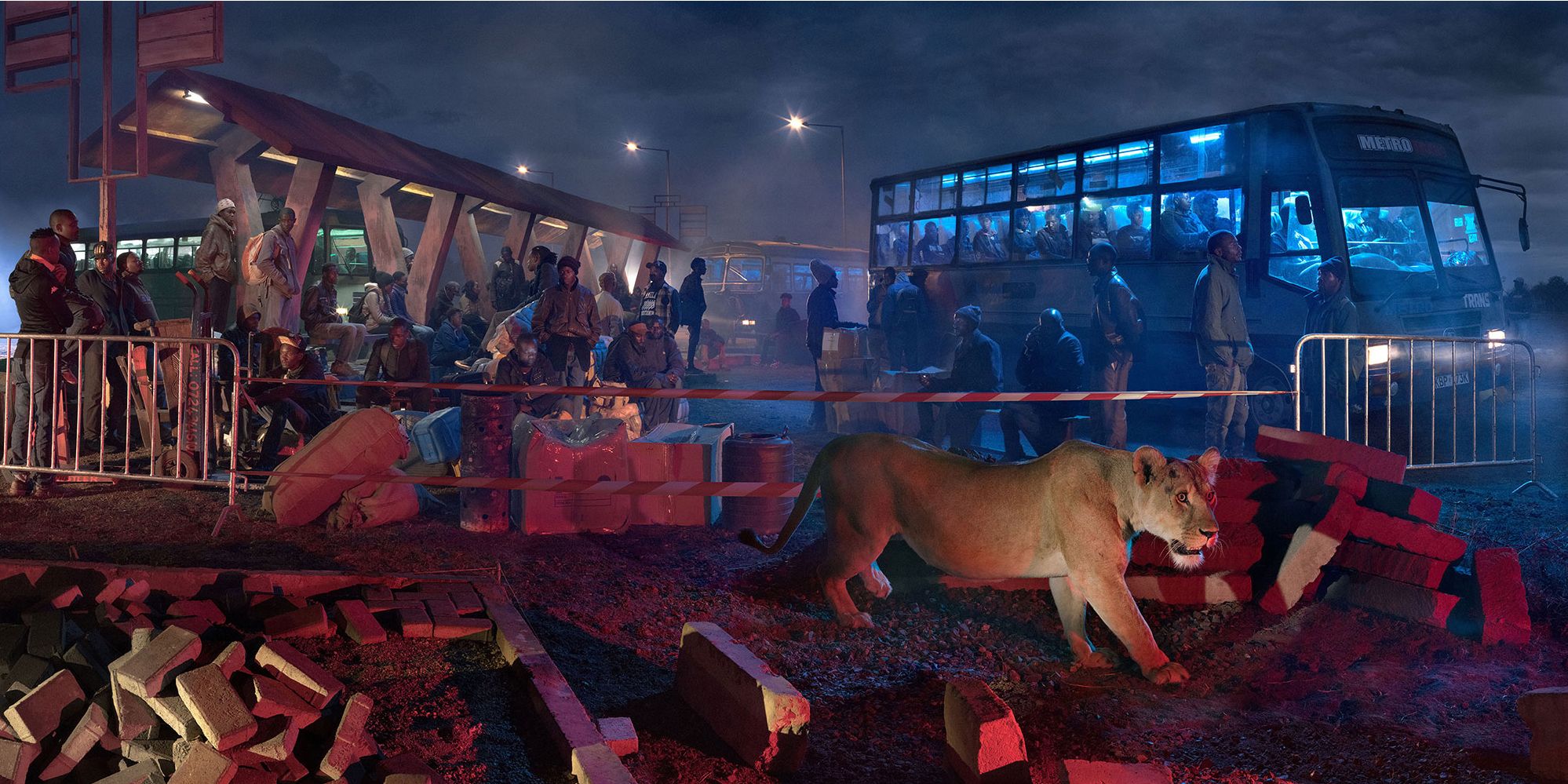 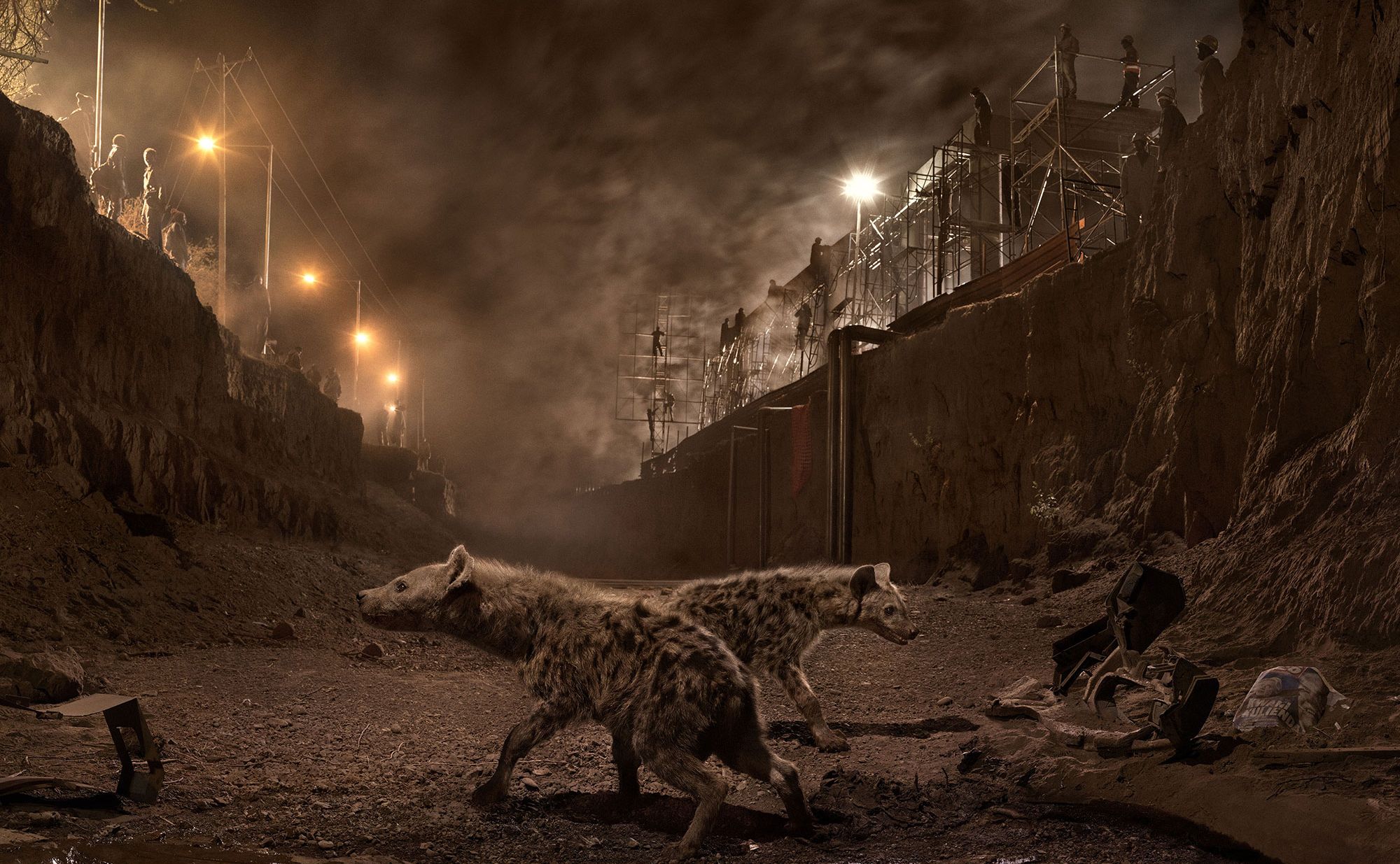 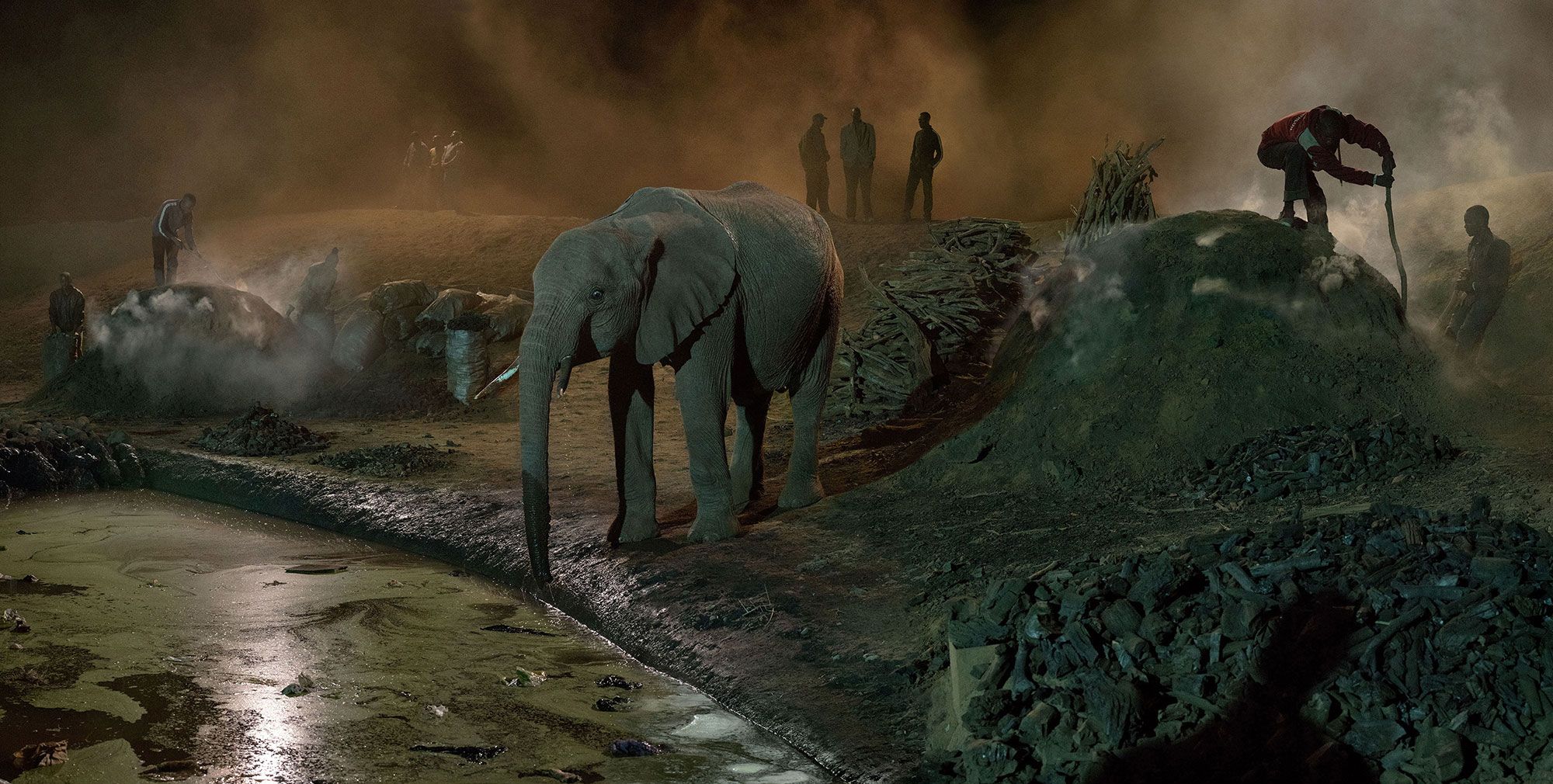 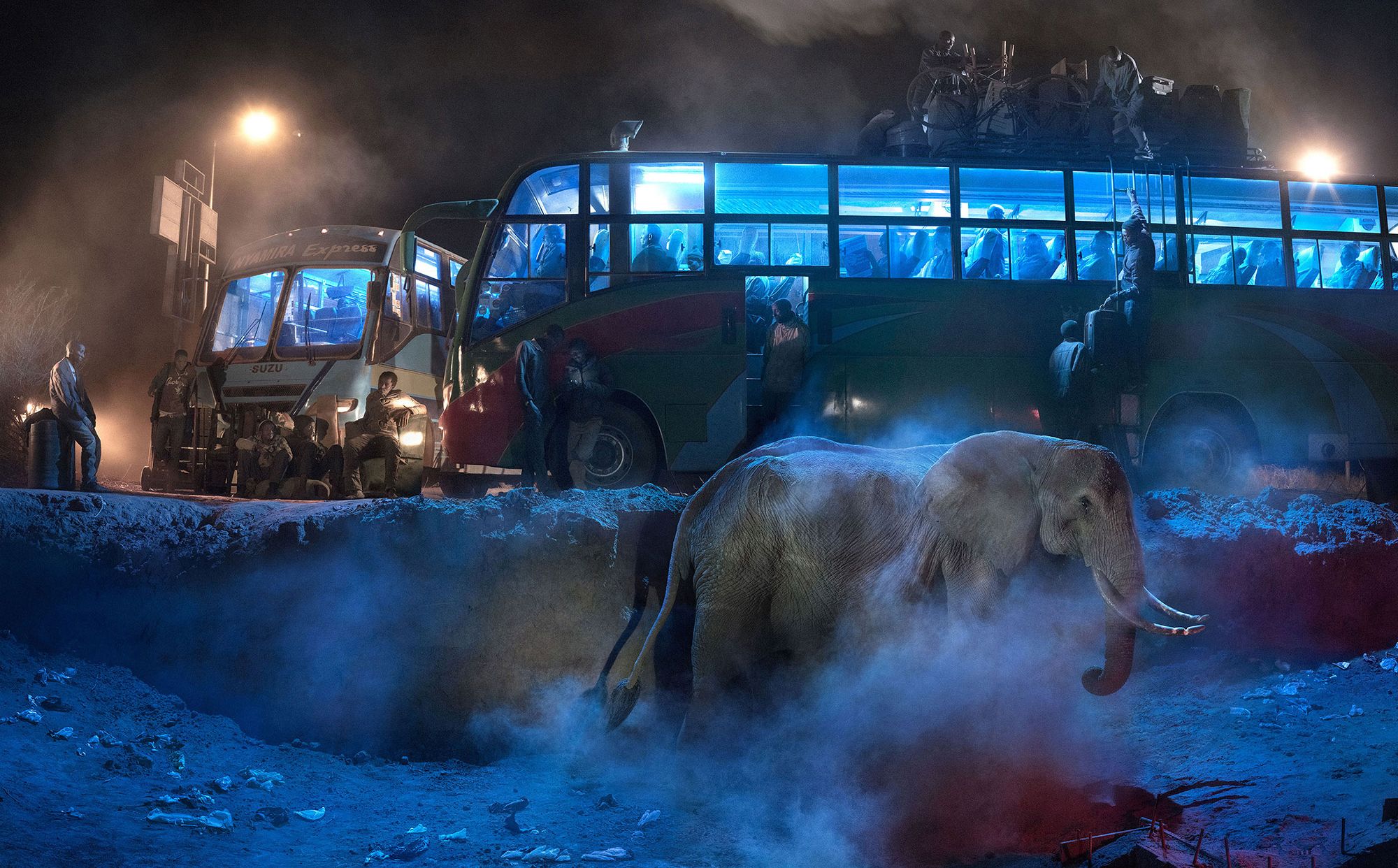